S H Raza was Born in 1922 in Barbaria, Madhya Pradesh, Raza studied at Nagpur and later at the sir J. J. School of Art in Mumbai. He was a founding member of the Progressive Artists Group in 1948 with M. F. Husain, K. H. Ara, F. N. Souza. In 1950 he won a French Government scholarship to study at the Ecole Nationale Superieure des Beaux Arts in Paris, where he moved permanently soon after.S H Raza Trishna paintings online in india

Limited Edition Serigraph printed in 19 colors on paper. This serigraph was published in an edition size of 100. This item will be shipped unframed, in a roll. The paper size is 40 x 40 inch, Image size is 34.75 x 34.75 inch. The print is signed by the artist and comes with a certificate of authenticity. 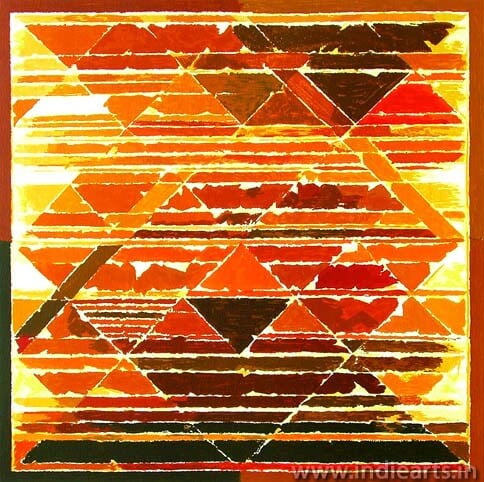