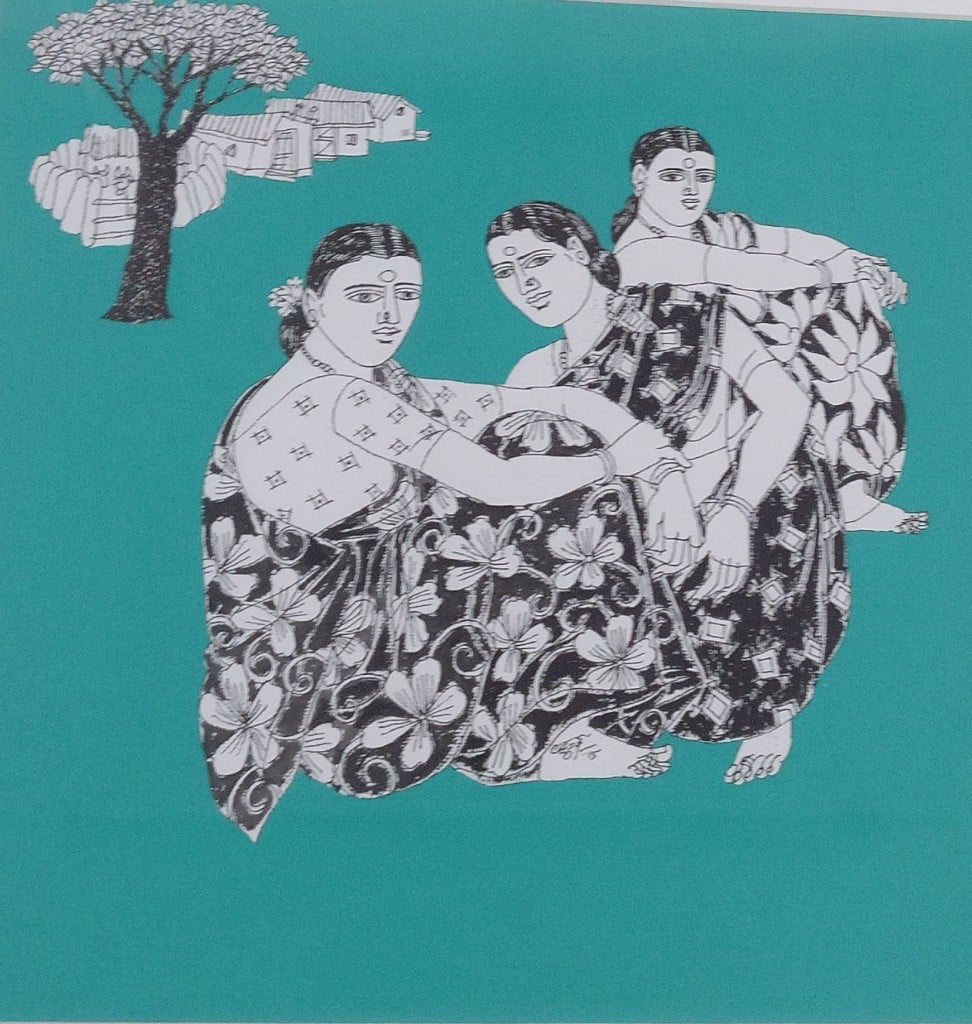 Laxman Aelay (born June 8, 1965) is an Indian painter. His muse has been the live of poverty stricken people from his village and specific culturality of a village with men, women against the backdrop of their homes. He likes doing monochromes. Recently, he has turned to Hyperrealism.

Laxman Aelay was born in Kadirenigudem in Nalgonda district, India to Chandraiah. He received his BFA in Painting from JNTU. He has completed his Masters in Fine Arts from JNTU as well.
Laxman Aelay, like the mythical Eklavya, learnt the art of drawing a straight line from observing a signboard artist called Gopi in Bhongir when he was in Class X. He then moved to Hyderabad and started his career as a signboard artist.
He then joined Eenadu newspaper. He is also an illustrator of books.
He also designed posters for the movie, Rangeela and subsequently, worked as the Ad Designer for the Telugu film Deyyam. His paintings called Yaadi and Malli he showcased the traditions of the Telangana region through the paintings of women of the place.
His watershed year was 1999, in which he had a solo show titled “Images of Kadirenigudem” which established him as a critically acclaimed artist.
At an exhibition in 2006, he created painting using images captured in Kadirenigudem in Nalgonda, sketching on the prints or blending and smudging in Photoshop.
He is also known for creating the new Telangana Logo, which was really unique in style in that it contains iconic imagery of the country as well as the state of Telangana.
• 1987: BRONZE MEDAL in the Painting Competition conducted by Amateur Artist Association, Nalgonda, Andhra Pradesh
• 1993: GOLD MEDAL in the Painting Competition conducted by Konaseema Chithrakala Parishath, Amalapuram, Andhra Pradesh
• 1995: Appreciation Award from Hyderabad Art Society at Annual Painting Competition 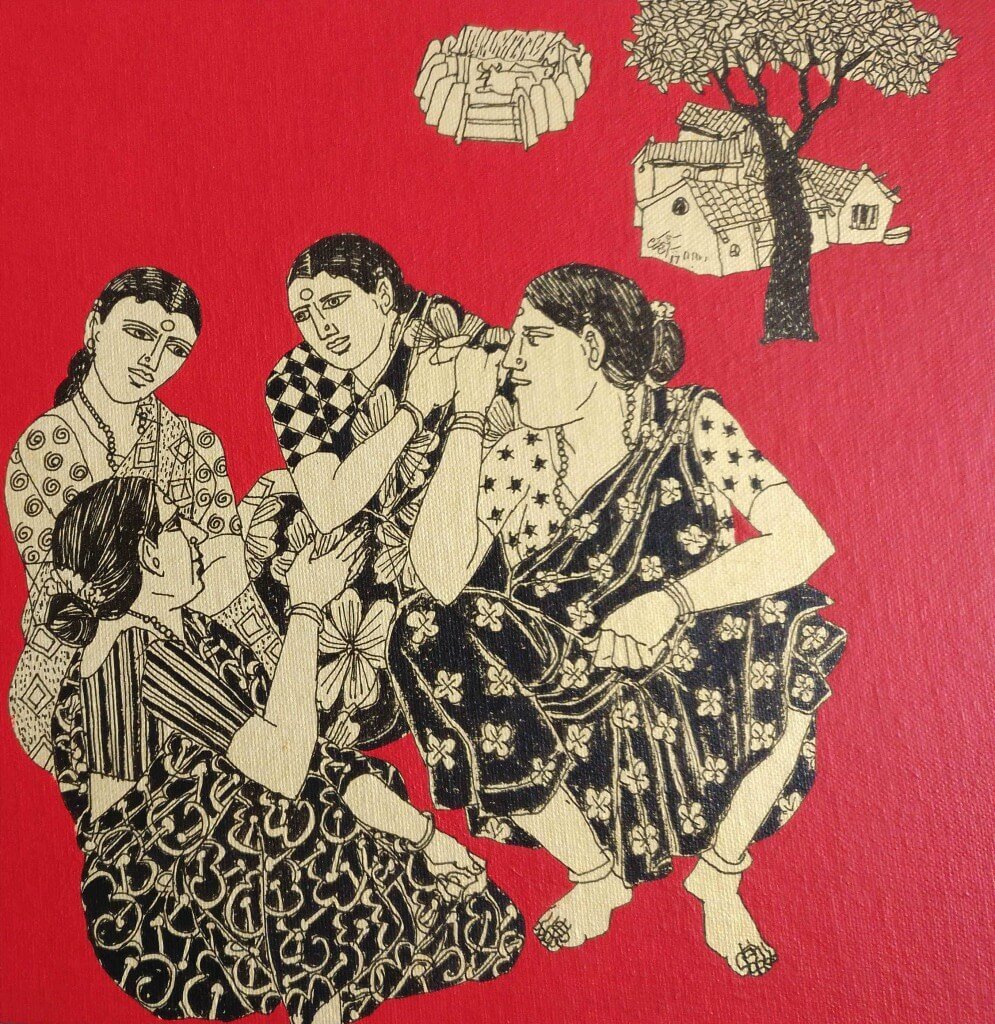