BORN IN 1940, NIZAMPUR (ANDHRA PRADESH), LAXMA GOUD ARTIST COMPLETED HIS DIPLOMA IN DRAWING AND PAINTING FROM GOVERNMENT COLLEGE OF FINE ARTS AND ARCHITECTURE, HYDERABAD IN 1963 AND DID HIS POST-DIPLOMA IN MURAL PAINTING AND PRINTMAKING AT M. S. UNIVERSITY, BARODA FROM 1963-1965, WHERE HE WORKED UNDER PROFESSOR K. G. SUBRAMANYAN. HE WAS HEAD OF THE DEPARTMENT AT THE SAROJINI NAIDU SCHOOL OF PERFORMING ARTS, FINE ART AND COMMUNICATION, UNIVERSITY OF HYDERABAD FOR SEVERAL YEARS. HE WAS APPOINTED AS A GRAPHIC DESIGNER AT DOORDARSHAN FOR 15 YEARS. HE HAS BEEN AWARDED THE STATE LALIT KALA AWARD, ANDHRA PRADESH; SILVER & GOLD MEDAL BY HYDERABAD ART SOCIETY. HE HAD HIS FIRST SOLO EXHIBITION IN HIS HOMETOWN IN 1965 AND HAS HELD NUMEROUS EXHIBITIONS SINCE THEN. SOME OF HIS IMPORTANT EXHIBITIONS INCLUDE THE TOKYO PRINT BIENNALE, JAPAN, 1976; SAO PAULO BIENNALE, BRAZIL, 1977; THE ROYAL ACADEMY OF ART, LONDON, 1982. HE LIVES AND WORKS IN HYDERABAD AND JAIPUR.

PASTEL ON PAPER WITH DIMENSIONS 72*60 IN 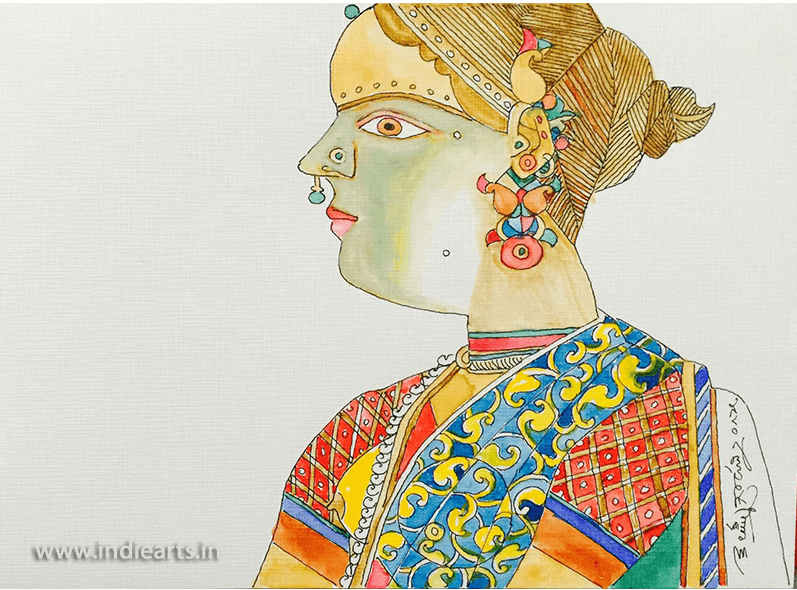 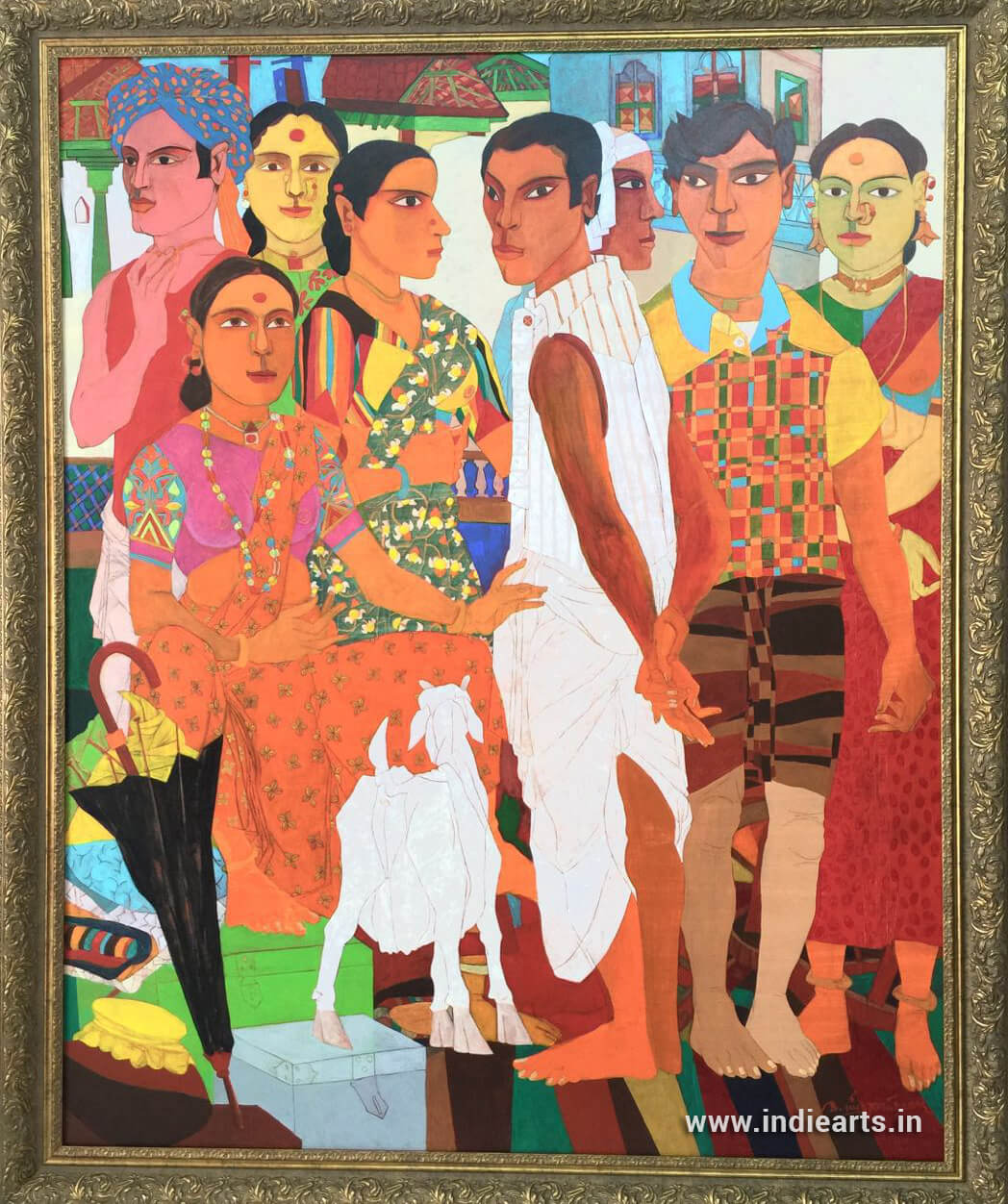