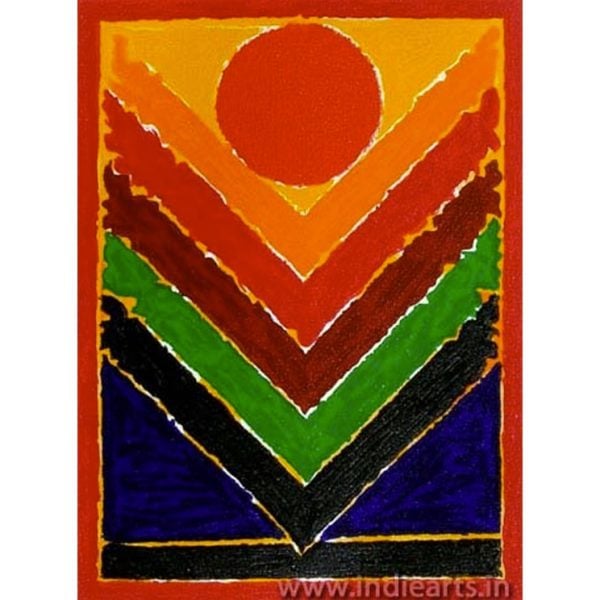 S H Raza Born in 1922 in Barbaria, Madhya Pradesh, Raza studied at Nagpur and later at the sir J. J. School of Art in Mumbai. He was a founding member of the Progressive Artists Group in 1948 with M. F. Husain, K. H. Ara, F. N. Souza. In 1950 he won a French Government scholarship to study at the Ecole Nationale Superieure des Beaux Arts in Paris, where he moved permanently soon after.

Limited Edition Serigraph printed in 9 colours on paper. This serigraph was published in an edition size of 75. This item will be shipped unframed, in a roll. The paper size is 15 x 13 inch, Image size is 9 x 6.5 inch. The print is signed by the artist and comes with a certificate of authenticity.