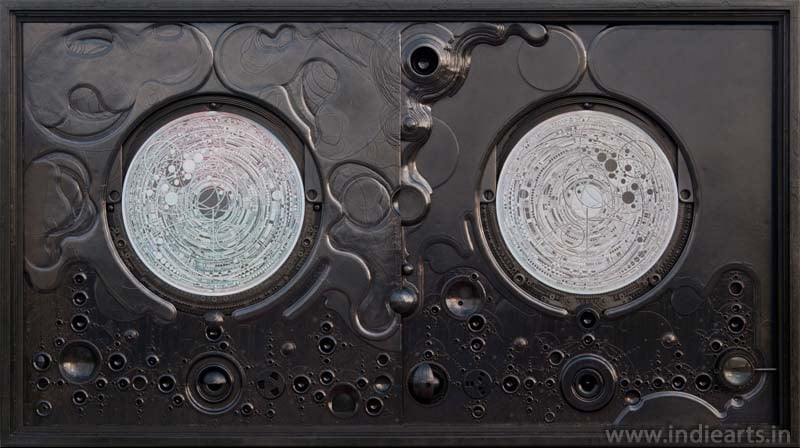 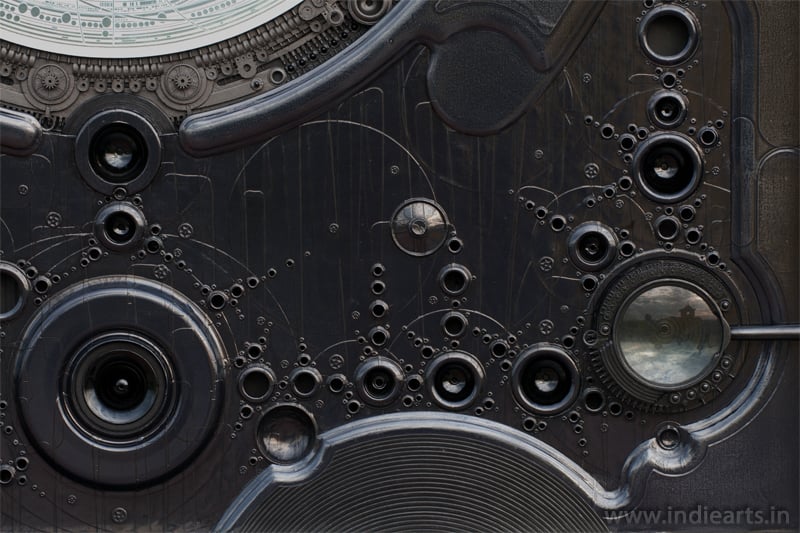 Such approaches could well be experimented through the media of contemporary arts to ponder over certain most fundamental and so far scientifically unexplainable concepts.

One among them is the relationship between the “specificities”and the “generalities” of nature, which is the core concept of this art work.

This particular work of art is to emphasize the notion ‘abstraction is also a form of generalization’. The step ahead that has been attempted in this artwork is to dwell upon the realities that could not be sensed directly by the sensual organs and that are not already into practices and could be possible towards interaction only by way of capturing the intuitions consciously towards a figurative form that would never represent any of the already prevailing material forms but sharpen the contradiction on certain preconceived notions. 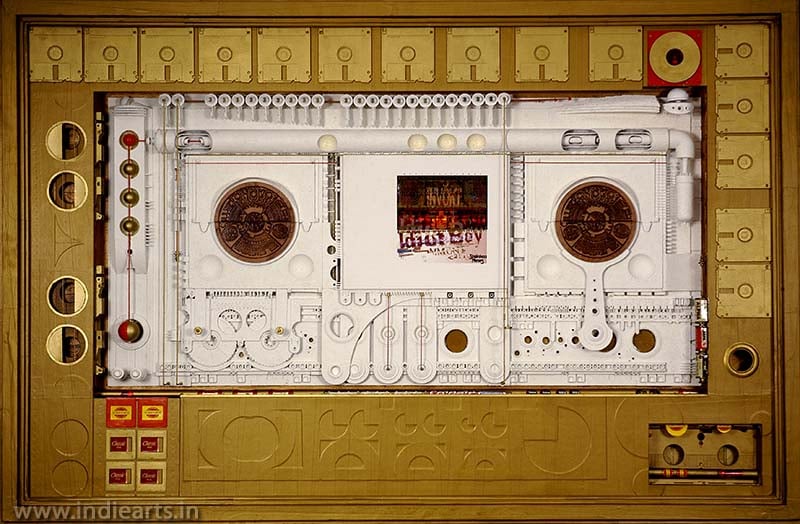