M.F.Husain is also known as the Picasso of India, Maqbool Fida Husain was born in 1915 in Pandharpur in Maharashtra. He studied at Indore Art College before moving to Bombay where he went through a period of painting cinema hoardings. In 1947, he was one of the founding members of the Progressive Artists Group along with F. N. Souza, Krishna Hawlaji Ara, Sayed Haider Raza and Sadanand K. Bakre. He participated in or has been the subject of numerous exhibitions throughout the world, including Sao Paulo Biennale in 1971, the Contemporary Indian Art exhibition at the Royal Academy, London, in 1982 and the India, Myth and Reality: Aspects of Contemporary Indian Art exhibition at the MoMA, New York, in 1982. There have been many publications on his work, notably Richard Bartholomew and Shiv Kapur’s monograph. He was also a film-maker, his popular film ‘Gaja Gamini’ with Madhuri Dixit. He was member of the Indian Parliament from 1986 to 1992. He spent his last remaining years between Dubai, Doha and London. M F Husain passed away in London in 2011. but the legacy he left behind has indeed changed the face of India in the field of art. best M.F.HUSAIN Serigraphs Online In India.

Limited Edition Serigraph printed in 19 colours on paper. This serigraph was published in an edition size of 125. This item will be shipped unframed, in a roll. The paper size is 30 x 40 inch and image size is 24 x 36 inch. The print is signed by the artist and comes with a certificate of authenticity. 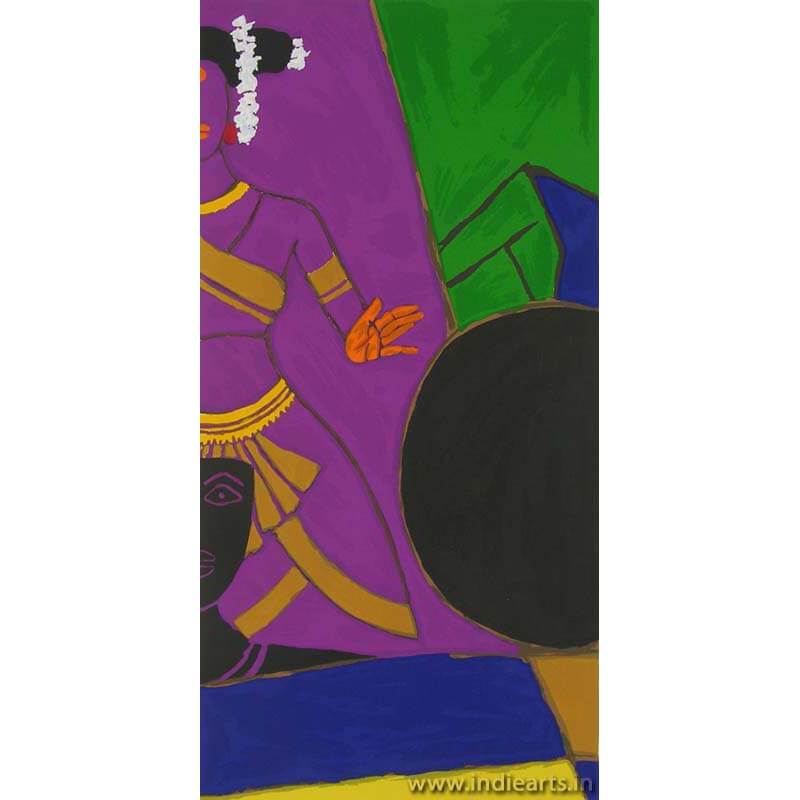