Jagdeep Smart, heir to the Legacy of Vasudeo Smart had completed his Masters in Arts in Faculty of Fine arts from Maharaja Sayaji Roa University. It was his uncle, the well known painter and Sir J.J. School of Art graduate, Vasudev Smart, who inspired and encouraged him to explore lines and colors in his work. He was a well known contemporary artist and a popular professor of Fine Arts at Veer Narmad South Gujarat University. He was also a budding poet and had translated M. F. Hussain’s biography and was published as ‘Dada no dangoro lidho’. He sketched a building in the Nanpura reclamation area of Surat city between 1986-87 which documents the architecture of an era bygone. Quite a few buildings sketched by the talented hand, like the Vohra mansion have given way to new multistory buildings. He was adding to the vibrancy to Surat’s canvas since the past 40 years with his popular puppet master’s series. He promoted annual week long art festivals for youngsters to display their talent and skills. He had also participated extensively in art workshops with Bhupen Khakar at Nathdwara. He had developed the fine arts and interior design courses for Veer Narmad South Gujarat University (VNSGU) during the last three years. He had won several awards for his work including, Kalidas Academy Award, Ujjain and three Gujarat Lalit Kala Academy awards, award for painting by UNICEF, an award from Gujarat State Lalit Kala Academy in the Best Drawing Artist category, and an Outstanding Personality in the Field of Fine Arts Award by the Giant Group of Greater Surat. He did several shows across India including one-man show at Jahangir Art Gallery. Jagdeep Smart also exhibited his works at the Jehangir Art Gallery in Mumbai, the Herwitz Gallery in Ahmedabad, and the Anant Art Gallery in Surat. He also organised a special show – Ma – dedicated to his mother at the Rotary Art Gallery, Surat.  Best Prints Online India

Limited Edition Serigraph printed in 22 colours on paper. This serigraph was published in an edition size of 300. This item will be shipped unframed, in a roll. The paper size is 39.5 x 27.5 inch, Image size is 30 x 24 inch. The print is signed by the artist and comes with a certificate of authenticity. 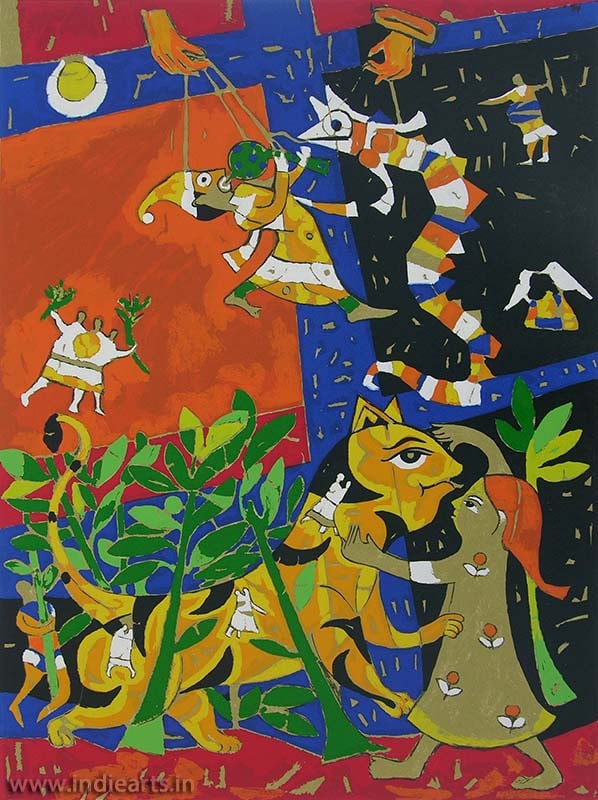 Jagdeep Smart Tiger and the Snake 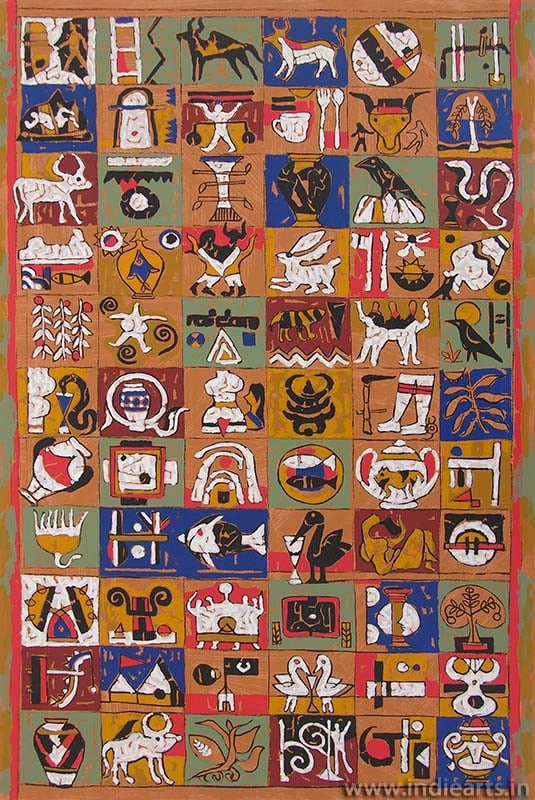