Francis Newton Souza (12 April 1924 – 28 March 2002), commonly referred to as F. N. Souza, was an Indian artist. He was a founding member of the Progressive Artists’ Group of Bombay, and was the first post-independence Indian artist to achieve high recognition in the West. Souza’s style exhibited both low-life and high energy. Neelam Raaj wrote in The Times of India:
With a few slashing lines and a raw, expressive energy, Francis Newton Souza stripped away all subterfuge. Be it the sluts or the suits, the seamy side of life or the steamy, the gnomish, pox-scarred boy from Goa who went on to become one of the first Indian artists to be feted in the salons of Europe, laid it bare. 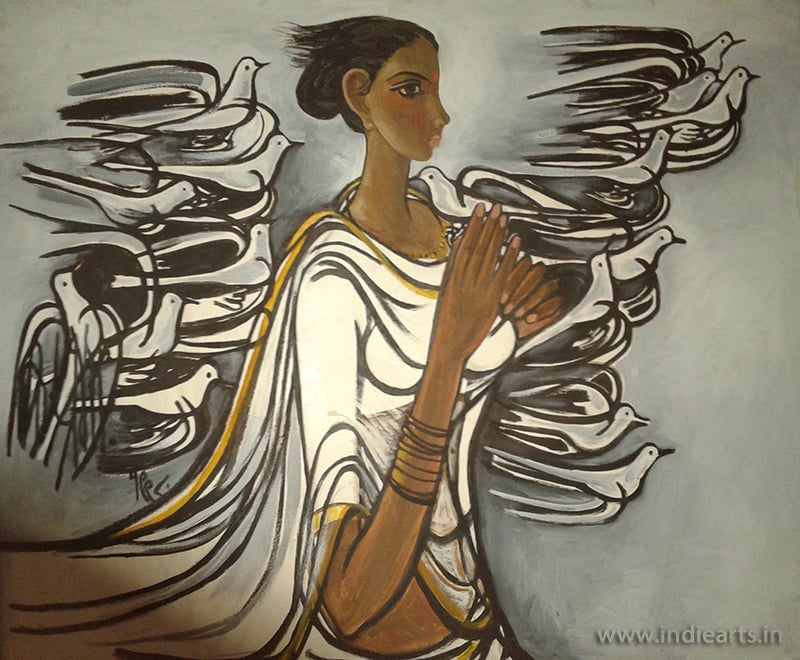