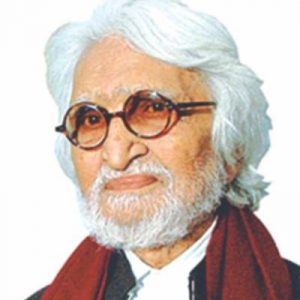 Maqbul Fida Husain was born on 17th September 1915 in Pandharpur town of Maharashtra to Suleman Bohra family. Having lost his mother very early in his life, his canvases as a full fletched artist later, often resonated blurred memory of her in the form of faceless nurturing figures. He moved to Indore with his father and step mother to study in Indore Arts College and eventually started his higher education in J J School of Arts, Mumbai. But it was his billboard painting days that paced him to be a fast artist with better perspective reasoning his life-size works of art later. He even designed toys and furniture to support himself financially. During his days in J J School of Arts, he, along with Souza, Raza, Ara, Gade and Bakre pioneered Progressive artists group in 1947, meant for modern artists with independent thoughts in India. His painting bagged the best painting award at Bombay Art Society which kept his hope and fire alive.

Being one of the luminaries in the art world, he was known as ‘India’s Picasso’. His canvases often spun around Mother, Madhuri, Madonna and Mohini, among others. While a successful man is said to have a woman behind, Husain clearly had many women behind his successful paintings. Women in his works are the epitome of strength and sacrifice, often representing the modern idiom of Sakthi and Prakruthi. Husain’s paintings were frequently pumped with his roots and Indianness in his modified cubist style. He was an artist who picked his narrative from indian folklores and mythology despite his religion and represented them as creative visual treats for the onlookers. Be it the reflection of Kerala, God’s own country or the grandeur of Royal palaces of Jaisalmer, this barefoot artist effortlessly portrayed it below his brush. Husain’s signature style horses were strong and free spirited that pepped the mood of its spectators. The size of his works was larger than life often echoing flamboyant images brimming with personality, character and an inspiring tale.

Husain may have created more than 50,000 paintings in his lifetime and his works have extensively travelled across the globe to be exhibited, auctioned or even gifted. He has exhibited his works round the globe including in Sao Paulo Biennale in 1971, the Contemporary Indian Art exhibition at the Royal Academy, London, in 1982 and the India, Myth and Reality: Aspects of Contemporary Indian Art exhibition at the MoMA, New York, in 1982, Epic India: Paintings by M. F. Husain’, Herwitz Collection of Contemporary Indian Art, Peabody Essex Museum, Salem, MA in 2007, The World is my Canvas’, organised by Museum of Islamic Art (MIA), Qatar Foundation and as part of 2010 Arab Capital of Culture. Aside from being a zealous artist he tried his flair in movie making and created his film ‘Through the Eyes of a Painter’ in 1967 that won the Golden Bear in International Berlin Film Festival and a National award for Best experimental film, India. His movie ‘Gaja Gamini’ with actress Madhuri Dixit was a critically acclaimed film.

The renowned artist has been bestowed with India’s highest honours Padma Sri, Padma Bhushan, Padma Vibhushan for his outstanding contribution in the field of art. He is also been awarded Raja Ravi Varma award by Kerala Government, among others. He served as an Indian member of Parliament from 1986 to 1992. Despite being a renowned artist, he had his share of controversies that separated him from his mother land he so cherished. His painting depicting the map of India as nude woman titled bharat mata created controversy that pushed him to leave India, although he claimed it was not his title. He lived in Doha, Dubai and London in his later years, while his heart was in India. A supreme court ruling in 2008 vindicated him of all charges, yet the fear of vandalism by mobs barricaded his return. He was often quoted saying ‘I am an Indian origin painter and will remain so till my last breath’. He breathed his last at the age of 95 years in 2011 at London. Though it was a great loss to world, he left a legacy that boasts of multireligious country with robust women and men acting as pillars, through his visual narratives on canvas. His energy was unceasing even in his 90s, he kept travelling the world, making friends and creating works of art until his heart literally stopped beating.

M F Husain not only revolutionised Indian modern art, but he transcended the tacit limit set upon price tags of Indian art works. He refused to sell his work small, making himself loud and clear that works of Indian artists are worth a fortune akin to their international counterparts. He sold his work on ‘mother Teresa’ for whooping 4 lacs despite all the initial frowns and chuckles. Today, several Indian artists are able to sell their works at sizable price tags in international markets with pride, thanks to Husain’s efforts. Husain was a very generous man, who often gifted his works to friends without worrying about any yields. Despite all the money and fame, he kept himself grounded to his roots. He never forgot his humble beginning as a billboard painter who struggled for three square meals a day. From a poor village boy to India’s richest artist, his story is truly inspiring that whispers hope to everyone who dares to dream.